An interesting discussion just came up over on the Laser Live Stream Facebook Group. One Emblaser user asked what is the best Scan Angle to use when engraving either and image or using the standard Fill mode - I wanted to share the way we generally approach this at Darkly Labs. 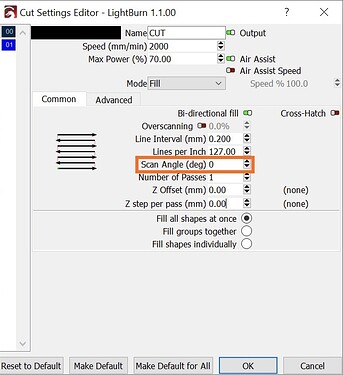 You might notice that I’ve highlighted some components on the images below.
The reason for this is that when we are dealing with ‘high speed’ motion (anything above around 800mm/min) reducing the amount of mass moving reduces the overall inertia.
High inertia can lead to wobble, overshoot, and even misalignment between passes. 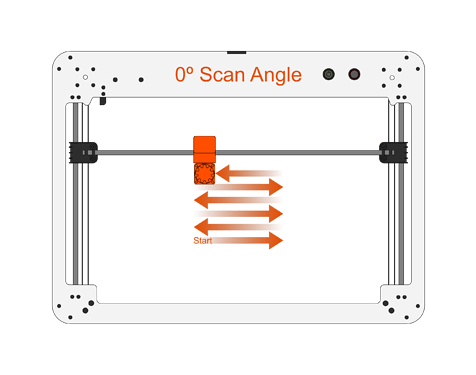 image2619×2061 241 KB
A Scan Angle of 0º means that the Laser Carriage and Laser Unit are doing the main crossing motions - introducing the minimum amount of inertia. 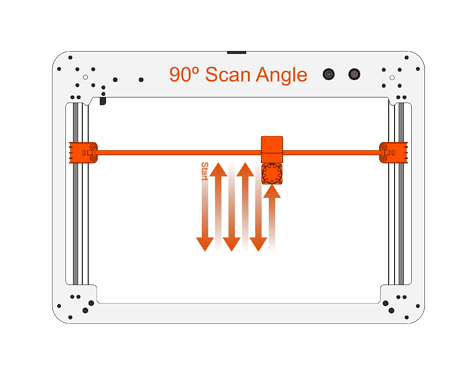 The small movements that occur at the end of each crossing are insignificant as they are generally only a fraction of a mm.

Hopefully this helps anyone who may have this question in the future.

Awesome explanation about scan angles and the Emblaser.
Scan angle is something a number of laser users us with other laser engravers, which would also have the same issues discussed here.
Definitely food for thought. I always see people posting the scan angle of an engraved image when they post up their images.
I personally have used a scan angle of 10 on some images just to remove some of the scan lines.
Interested to hear other peoples results…

Photo engraving at 45 degrees to the grain on wood gives the best result.

Crossing the grain with the laser in this way appears to render the most detail.

I played around with scan angles with a view to “colouring” my laserply with various hues. While it worked, it was certainly time-consuming as I needed multiple passes at varying angles, to achieve a desired effect. I’m looking forward to re-exploring this possibility with the new 10W diode. 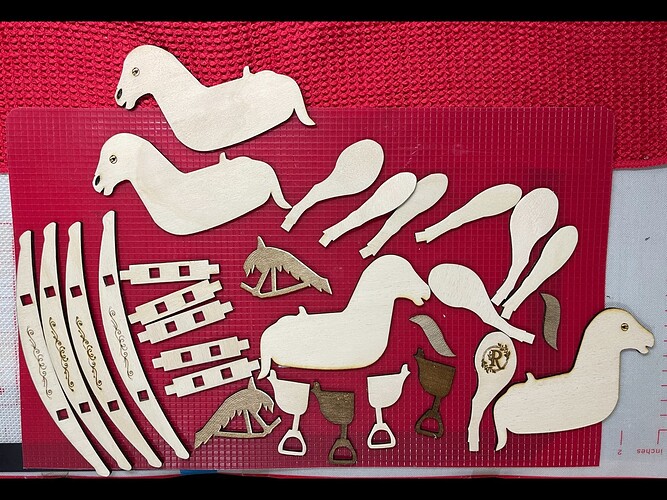 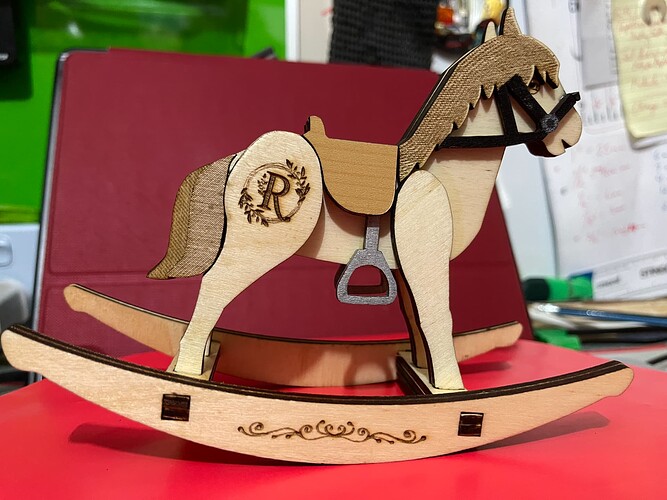 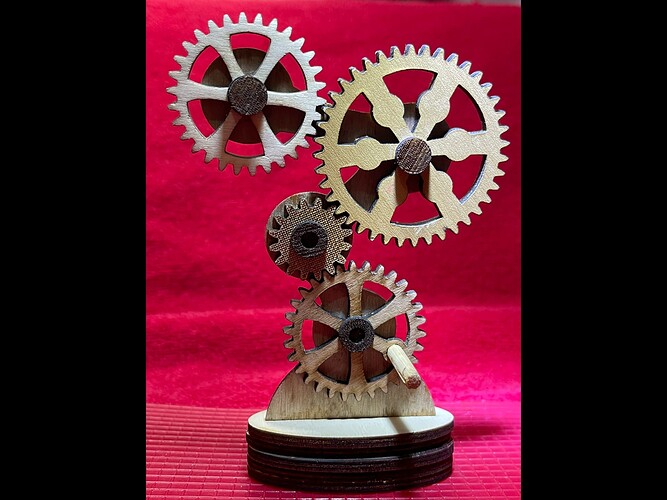 That is so impressive.
As much as I love a good rocking horse, the gears look fascinating, especially since they look like they would actually turn with the handle.

I really like your use if different woods and engraving techniques!

Thanks for the complimentary words, Domenic. With the exception of the saddle and the dowels in the gears, ALL wood was your Darkly Laserply.