I’ve been trying to cut some words out of white contact film that I purchased from the darkly labs store recently, I’ve been quite successful with this in the past, but now I can’t get a single letter to cut out as the laser keeps leaving gaps where it just doesn’t cut. I’ve attached a photo of it here.
I tried engraving the same file onto a piece of wood and it comes out perfectly fine with no gaps which is indicating to me that it’s possibly something with the contact film itself but I’ve never had it do this to this extent before.

Any ideas on things I could try to get it to cut a clean line without gaps?

I also tried instead of scoring it, using the settings to cut all the way through it and while it cut most of it out, the bits where there are gaps, barely cut through still. The sheet is also as flat as I can make it and it happens in the middle of the sheet to so warping doesn’t seem to be the issue 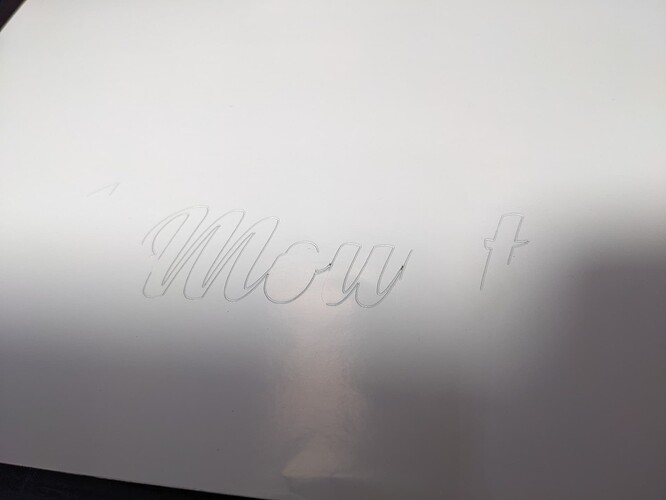 Thanks for any ideas!